Skip to content
I built my first classical guitar in 1999/2000, mostly in a small workshop in my dad’s basement, but doing some of the work with David Rubio in his workshop. That guitar was quite closely based on David’s standard classical design at that time.
I continued making classical guitars to essentially the same design for the first couple of years of my career. At first I was afraid to change anything very much, because I didn’t really understand how that Rubio design worked and thought that I might ruin it by changing things, but soon realised that I would never gain any real understanding of how guitars work by making the same guitar over and over.
I started trying small changes to the design, reading a lot about the history and development of the instrument, researching different luthier’s methods and reading the scientific literature on guitar acoustics (my dad has been researching musical instrument acoustics at Cambridge university for the last 30+ years, so I had a bit of a head-start on the scientific side of things – http://www2.eng.cam.ac.uk/~jw12/). Gradually I built up an understanding of the fundamentals of guitar acoustics, and became more confident in my own designs. I still do build guitars to that Rubio design, but now I can do it from a position of understanding how and why it works and how to get the best sound from it.
I’m not saying a lot about the sound of my guitars on this website, because trying to describe guitar sound in words is impossible, and it’s better if you just watch some of the videos on youtube to get an idea of the sound quality. There is no standard universal language for describing guitar tone: words I use to mean one thing might mean something quite different to you, but I will try to say something… The sound that I aim for is what I would call a “broad spectrum” sound, which means that the full range of the instrument is acoustically supported, but no part of the range is too dominant. So, the bass is deep, but without being too heavy or muddy, the midrange is full, but without dominating or colouring the sound too much, and the treble is sweet, but open and present rather than syrupy, and the whole sound has a good sense of unity and balance to it. The aim is to make a guitar which is as versatile as possible, and which allows the player to easily produce a broad tonal range.
I don’t exactly make standardised ‘models’, but can build a range of different classical guitars, to my own designs or based on other luthier’s work. I enjoy working with guitarists to design the best guitar for them. Every guitar I make is slightly (or sometimes very) different (unless I’m specifically making a matched pair for a duo, or a commissioned copy of something I’ve made before), although I do have a few main lines of design evolution which I keep returning to: 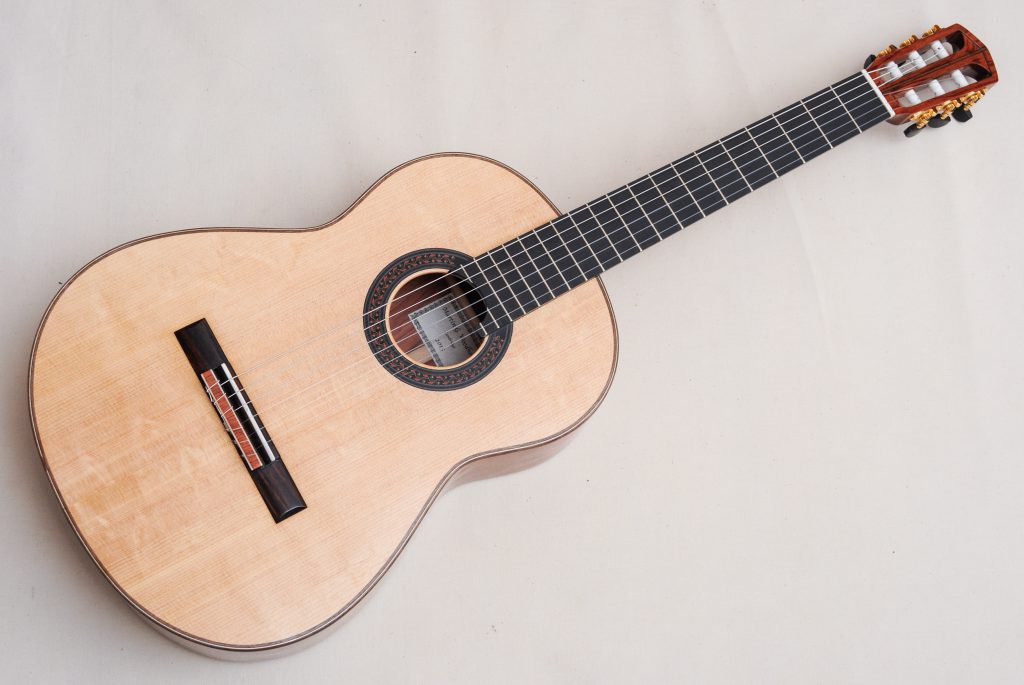 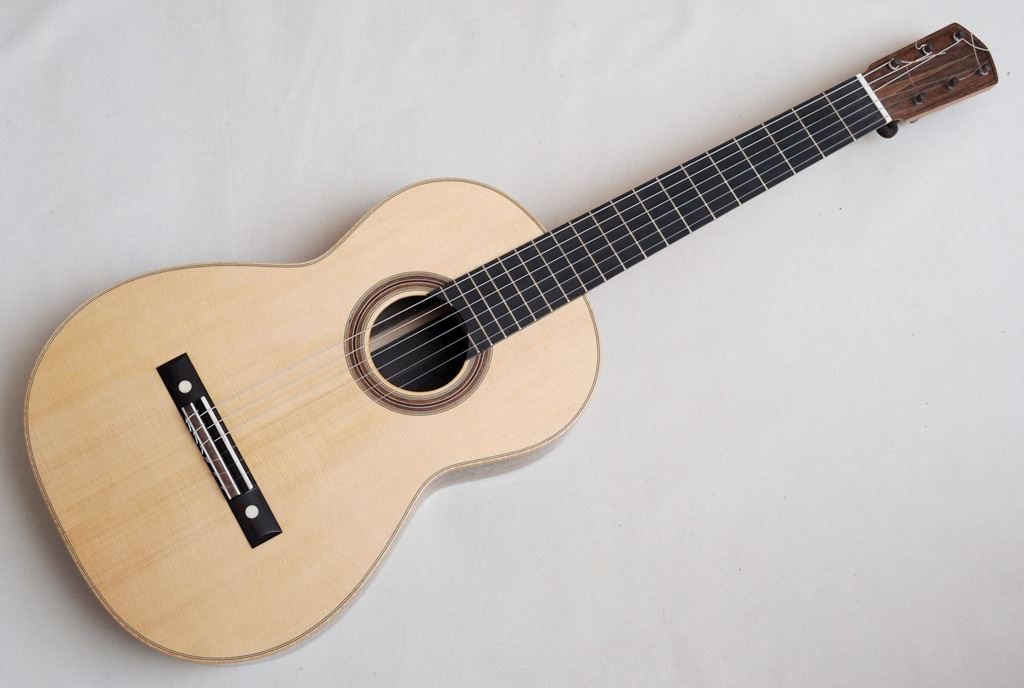 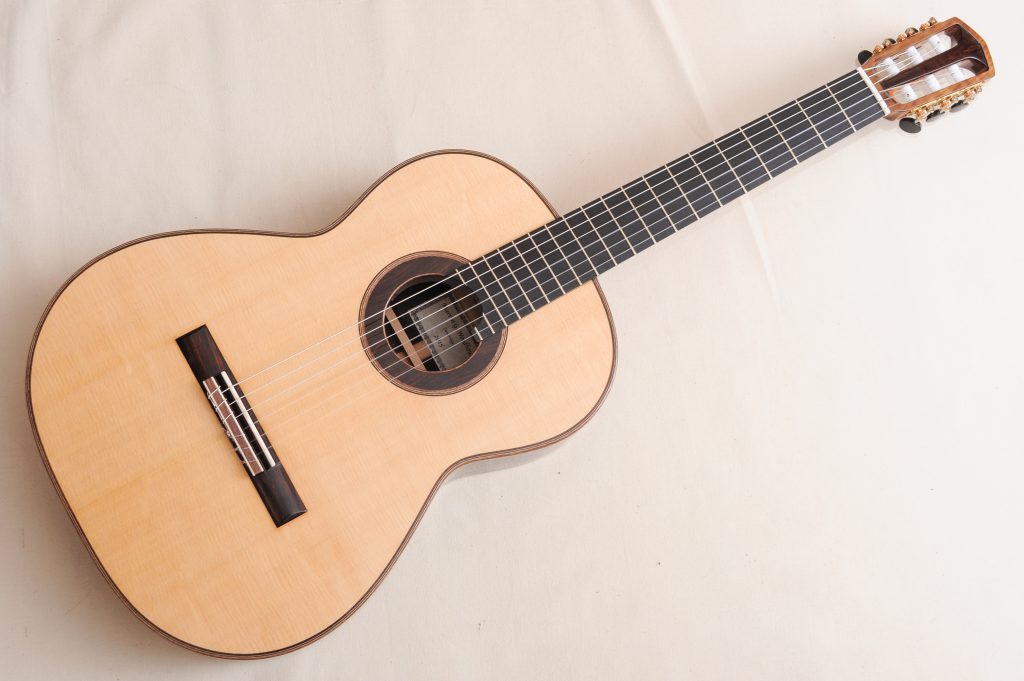 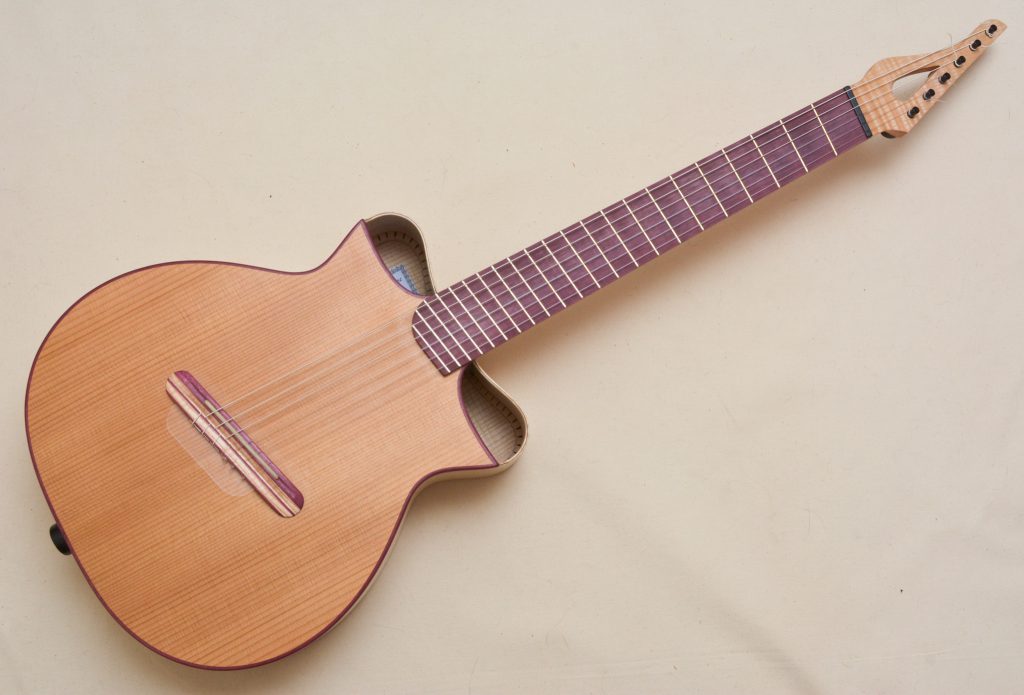